In the summer of 1995, Corporate Creations President and Founder Wade Lewis was an undergraduate at the University of Nebraska at Omaha. He was also a member of the Pi Kappa Alpha Fraternity. This experience gave him the idea to change how college fraternity and sorority members purchased merchandise, gifts, and apparel.

Wade then started the company Greek Creations, which is now one of the largest suppliers of college fraternity & sorority merchandise in the country. Friends and family began asking Wade if the same work done for Greeks, such as custom screen printing, embroidery, promotional products and advertising specialties could be done for their company or organization. That’s when Corporate Creations was born.

Since that time, Corporate Creations has evolved into an industry leader by working with many local companies, groups, clubs, non profits, schools, universities, and churches throughout the Metro Omaha area.

Just a few of our satisfied customers! 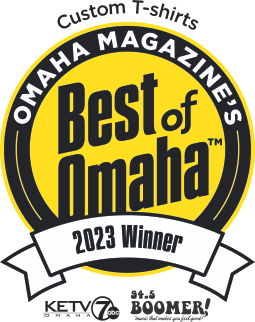 Thank you to the Omaha community for voting us your Custom T-Shirt Store choice for 2023!

The results are in and Corporate Creations has been selected as the 2023 Omaha Magazine’s Best of Omaha First Place Winner  in the category of “Custom T-Shirt Store.”

We are open Monday through Friday from 8 am – 5 pm. 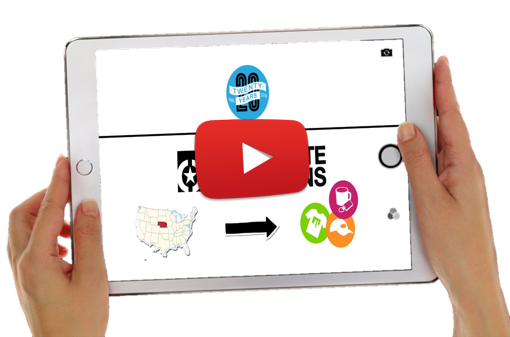 We Must Be Doing Something right…

Seth Brown
Great experience! Wade was the most helpful, way beyond what I thought I was going to experience. I love all our new stuff and will be ordering more very soon!

Dae Mejia
If you need to order anything, go to this place. It is a nice and clean place. And they have lots of stuffs to order. I did order my church stuff from them and I love it. It was in 2021 during Covid time and it is hard to order stuff. And I gave them only 3 weeks because I was not planning to order anything but I did after all and not much time left to the date we will give it to our team. Anyway we got everything in three weeks.

Rod Edwards
Wade and the Corporate Creations team not only met but exceeded all expectations. I had a relatively unique need and they went above and beyond to deliver high quality products and deliver them ahead of the initial timeline. Thank you Corporate Creations!

Gabby
Wade is very knowledgeable and very kind. He answers all of my questions (which there are a lot of) and does so quickly and fully. This is our second order that we have had done, embroidery each time so far. There are so many options and he was even willing to go through the options with me to find a good fit for our company! We have found their prices to be very reasonable! Their quality is fantastic. we will continue doing business through this company for all of our merchandise needs!

Mikele Wissing
Exceptional service. Wade was great to work with!

Brandon Lopez
I found Wade while I was surfing the internet and I noticed that his reviews were top notch and his work is AMAZING! I just picked up my order today and I am extremely happy with the results! I will be using him again in the future and I will Vouch for him any day!

Tim Young
The product selection was great and the quality of embroidery was awesome. Thank you for the great service and quick turnaround, Wade!

Our goal is to make ordering custom apparel and products easy as well as inexpensive. Whether you’re gathering information about the potential cost of your order or the price difference between products, we’re here to provide a quick, accurate price quote with no obligation to buy.

Have Questions? We Have Answers!

What are the costs?

Pricing is based on quantity, product style, the number of print colors and locations. We offer quantity discounts so the more you order, the more you save per item. If your project is on a budget, let us know. Our friendly sales team will make sure to suggest the best product choices and modifications to your artwork to keep your project within your desired budget.

Are there set-up or art fees?

Promotional products have a low set up fee that varies by item. Embroidery projects have a one-time digitizing fee of $50. Screen printing projects include one hour of art time. If we believe the art may take more time, we will contact you prior to beginning. Each additional hour is $50. It’s extremely rare that a project exceeds the hour of included art time..

When will I get my order?

Turnaround times vary by product and are typically 10 business days. Production will begin once your order details are processed and your artwork has been approved. Prompt approval of your artwork is necessary to ensure a quicker turnaround time for your project. We offer rush production services for a small fee if you’re fighting a tight deadline.

What are your minimums?

We have a low 6 piece minimum on embroidery, 12 piece on screen printing and 100 piece on most promotional products. With apparel orders, you can mix sizes, colors or brands to reach the minimum, but the design must be the same for all the garments in your order.

Want to create a memorable design?

Our award-winning artists can take your idea or concept and create a design to remember. If you have a logo or design already and just need some minor edits, we can make easy work of it.

What if I have a design?

Your artwork should be in a vector format whenever possible. Please convert all text to outlines. Vector file types are .ai, .or .eps. File types .jpg, .png, .gif, .docx, .xlsx, and .psd are not vector files and will have to be recreated. Click here for more information.

Will I get an art proof?

Our art department will send you an email with a link to your art proof within 48 hours of placing your order. There you will be able to approve or request changes to artwork. Your project is allotted two revisions. Each revision beyond the allotted amount will be charged $15 per occurrence. Production will not begin until you have viewed and approved your design.

We keep all of your digitized artwork on file, therefore embroidery reorders do not have minimums like the initial order. This means you can order just one apparel item if you’d like! Screen printing and promotional product reorders require a new set up on the press every time a reorder is placed so they are subject to the same conditions as a new order.

When can I pick up my order?

We are located at 9001 F Street in Omaha. Located on the SW corner of 90th & F street. Once your order is finished, your sales rep will contact you to arrange a convenient time to pick up your order and make your final payment if necessary. Our hours of operation are 8:00 am through 5:00 pm CST Monday through Friday. We are closed on all major holidays.